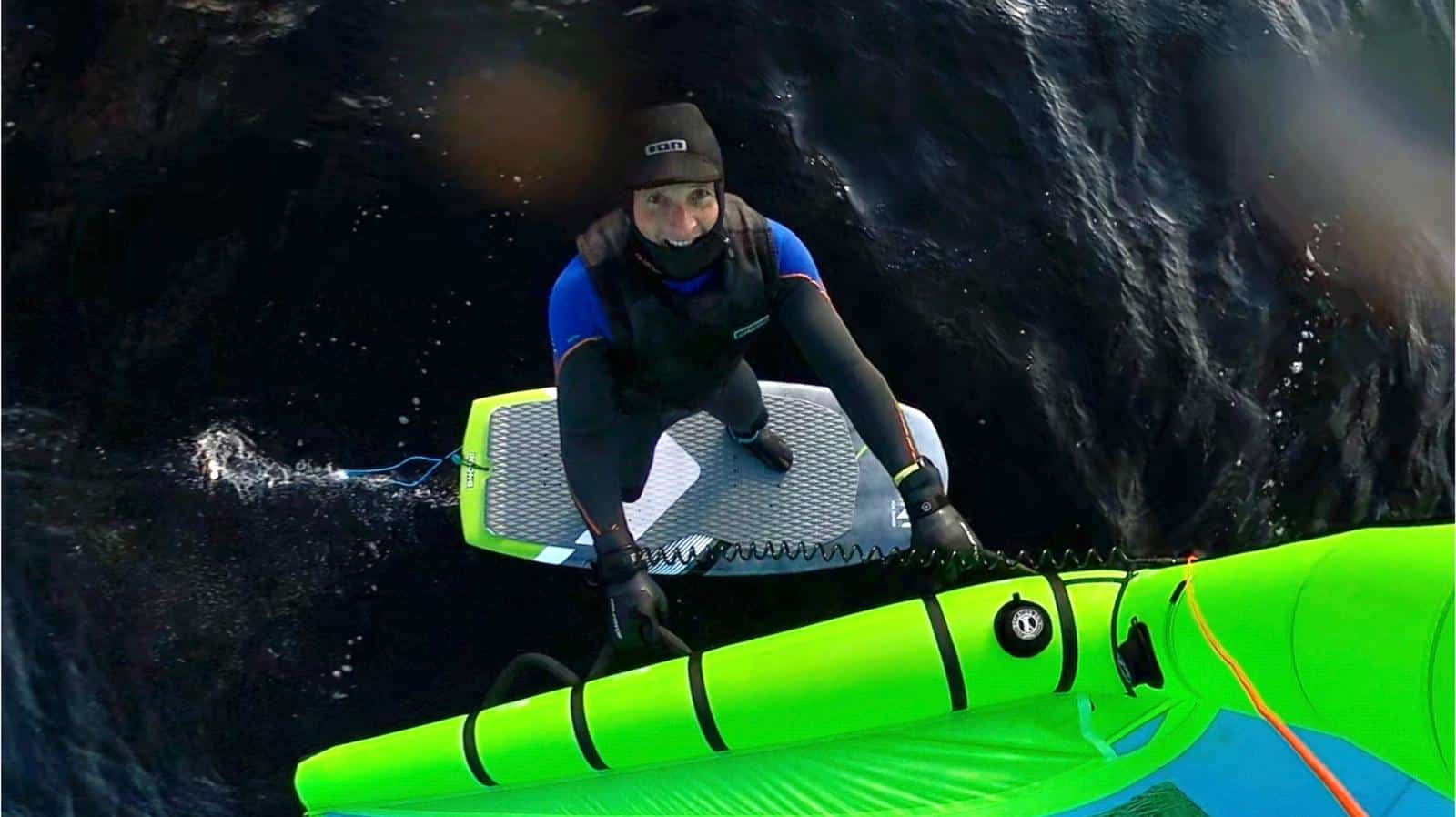 Check out this review on the F4 wing foil freeride 1400 and the lightwind 2000 wing foil from Remco aka Windsurfcoach in the Netherlands.

Things to consider when buying a wing foil.
I would like to share with you my winging experience.

To start with: F4 thanks for the fantastic wing foil!
I just got the F4 2000sqcm (and the 1400sqcm) wingfoil and it helped me progress sooooooo much faster, it’s almost unbelievable what a difference a high end foil makes!!!

About winging……
I’ve basically been a windsurfer for my whole life and known as the “windsurfcoach” on YouTube (small Dutch spoken channel).
I just started winging this year summer.
At first I didn’t know what to think of it yet, but my wife was keen on learning to wingfoil.
She had a basic wing foil set with a basic 1900cm2 foil, a 80L wingboard (a bit too small for me in hindsight) and a 5.2 wing.

I got a bit curious watching my wife having fun and learning.
This summer she let me try her wing gear…..

As I have quit some experience with windsurfing and wind foiling so I expected it to be easy for me…..

It took me 1,5 hours and lot of falling, splashing and swimming around before I finally got up on the foil and had a bit of control.
Now I’m hooked for life I’m afraid!
It’s just sooooo much fun and it’s so incredibly relaxing as you’re just quietly hovering over the water with hardly any force needed.
Just give it a go if you haven’t tried it yet!

Just a few weeks ago I got my own F4 wing foil and made stunning progressing since!!!
Before I couldn’t gybe, couldn’t sail switch stance, couldn’t switch feet…….
NOW I CAN!

It’s soooo much easier to get on the foil with the F4 2000cm2 frontwing, it’s also very stable and keeps it’s speed through the turns which makes learning how to wing foil and how to gybe on the foil a lot easier.
Before my F4 foil Iack of stability made it harder to reach that next step and as I’m now quicker onto the foil with my F4 foil I have more flying hours and progress even faster!
I didn’t realize the difference would be that big until I tried it.

My advice to any newbies to winging……
The foil is THE most important part of your wing foiling gear, do consider investing in a high end one like mine!
It will make learning sooooo much easier and more fun!!

Thank you Remco for sharing your F4 wing foil experience with us! 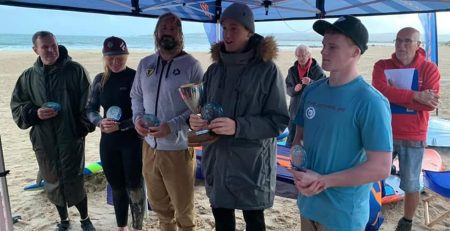 Another great weekend for F4 Foils! 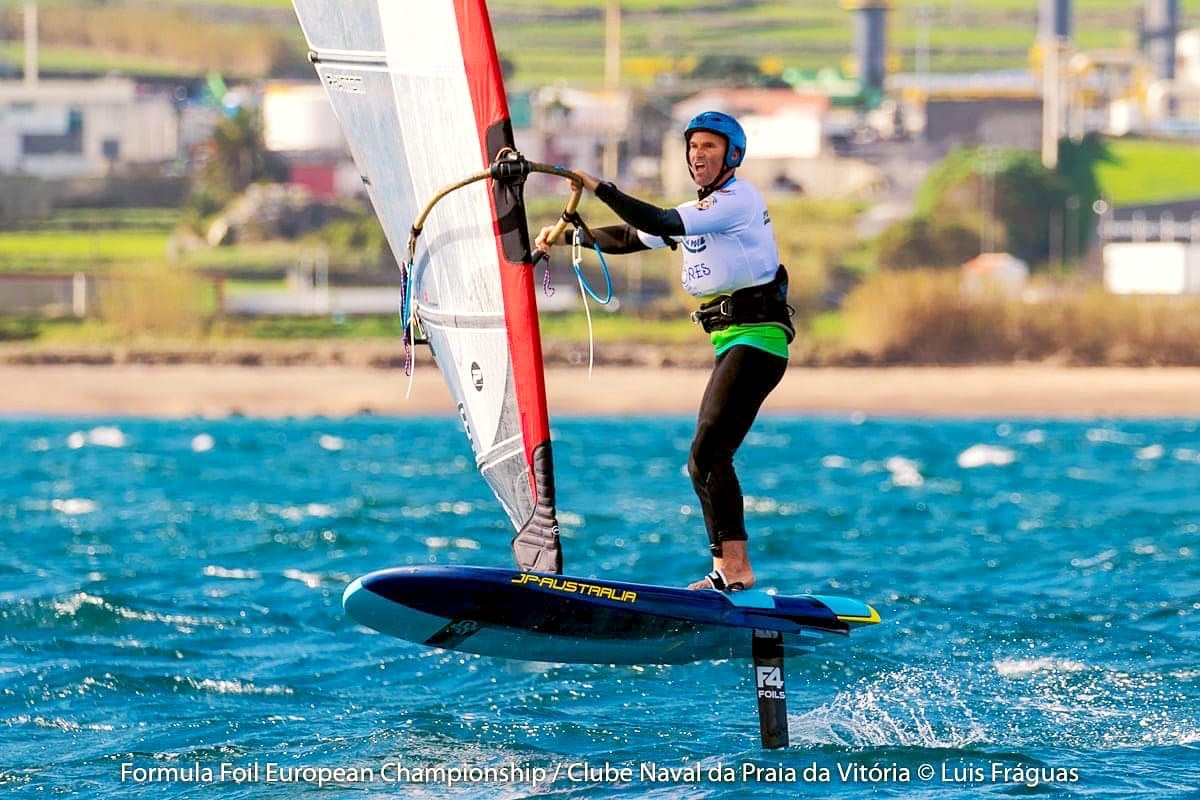 Looking for a new foil and want to try it before you buy? Find Jordy Vonk and get the opportunity to... Read More 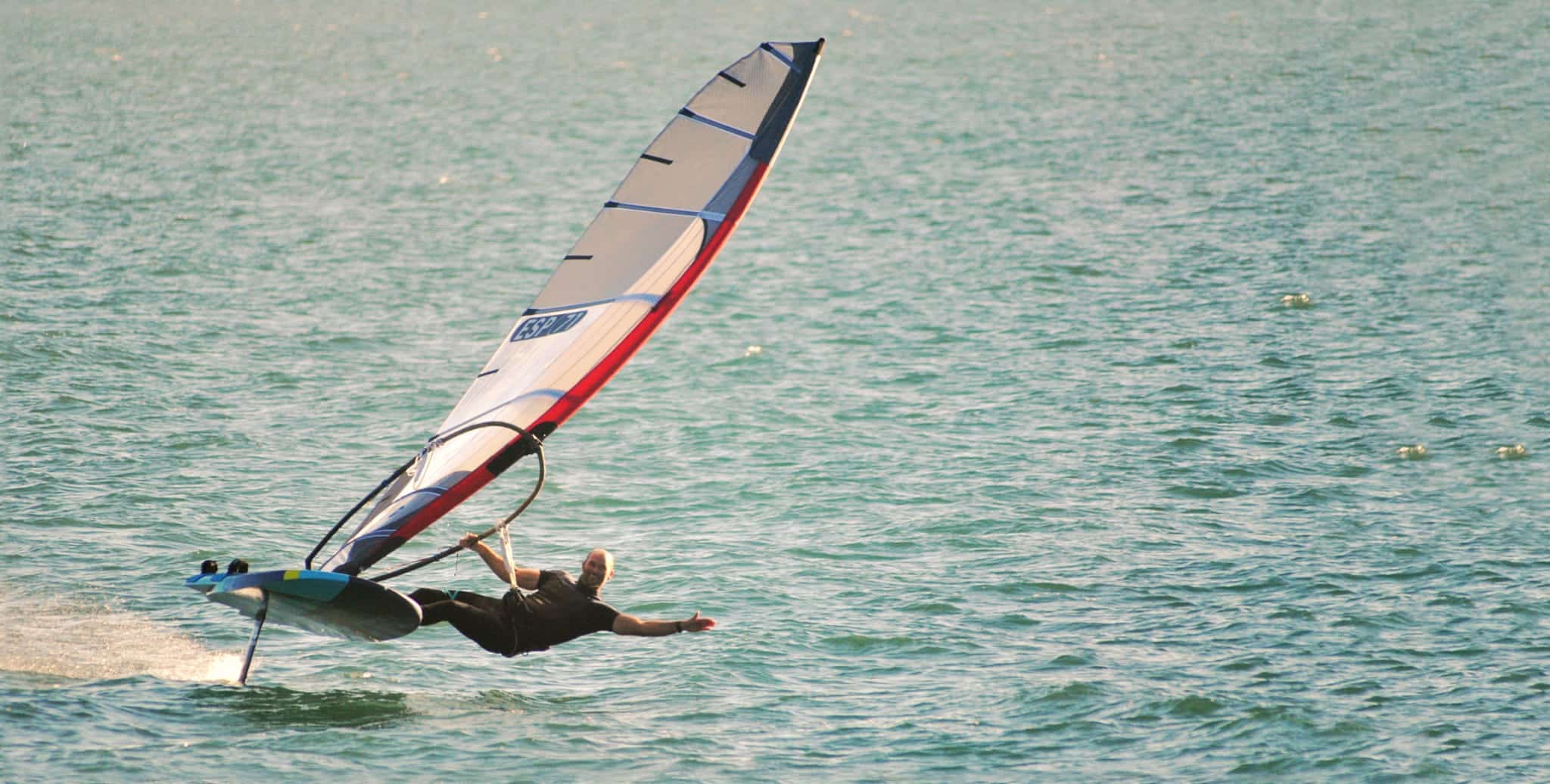 We are happy to have Spanish champion FERNANDO MARTÍNEZ DEL CERRO DELGADO on our team contributing to make F4 foils the best on the market!

F4 Foils is very happy to have Fernando on the team. He is an amazing professional rider that will continue... Read More 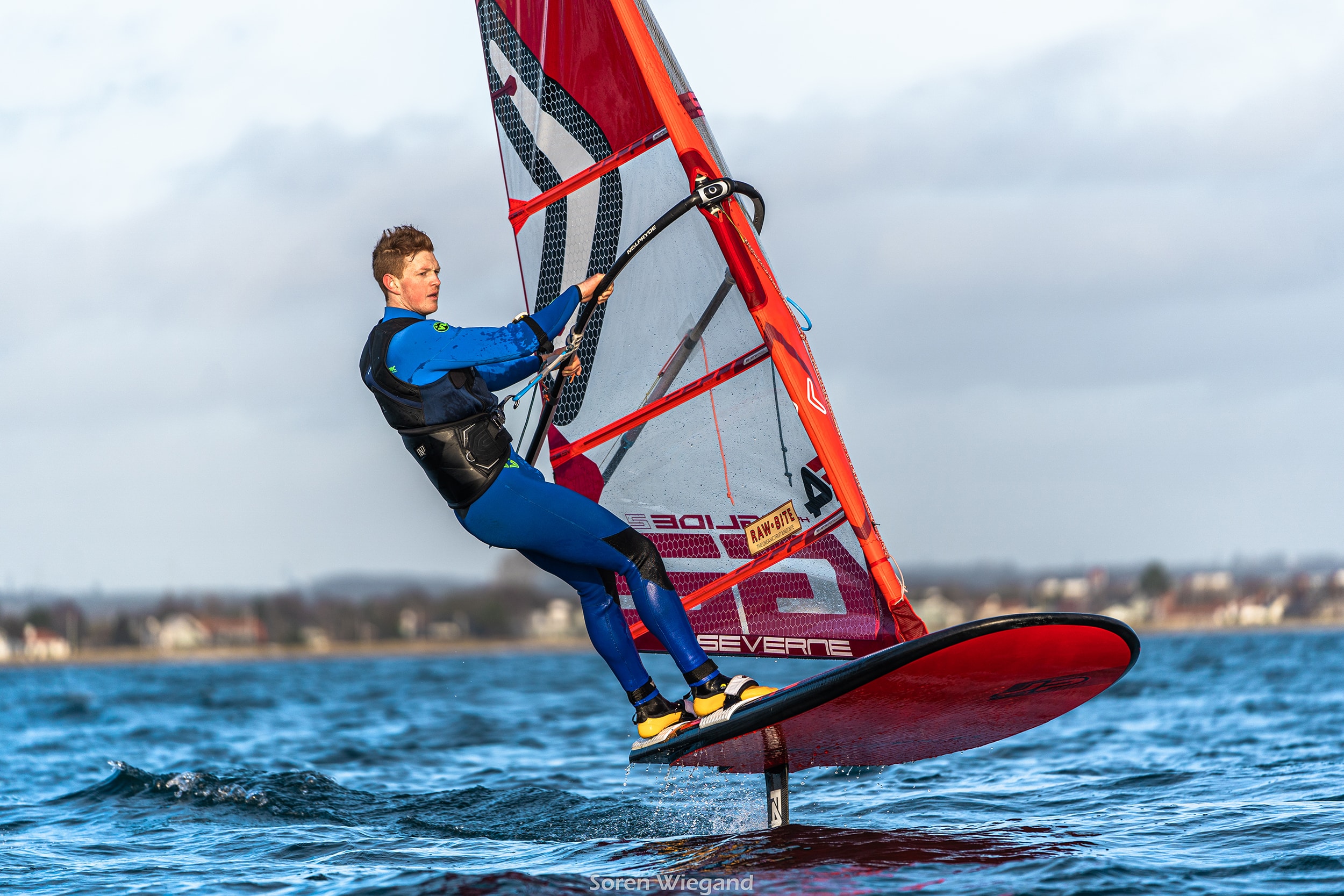 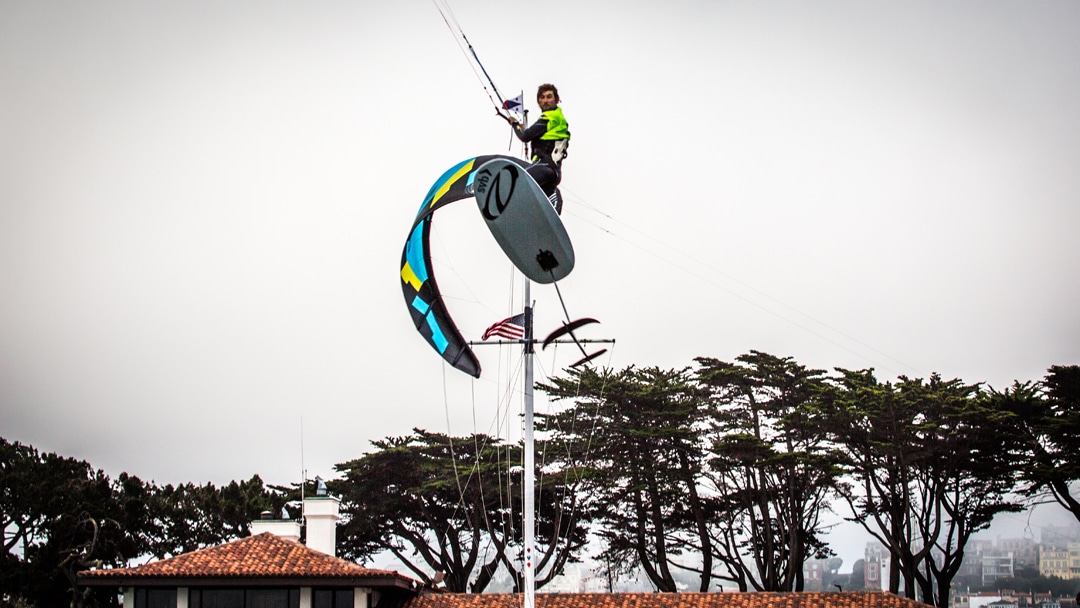 This summer, 80 of the world’s fastest foiling kiteboard racers will assemble at the St. Francis Yacht Club to compete... Read More 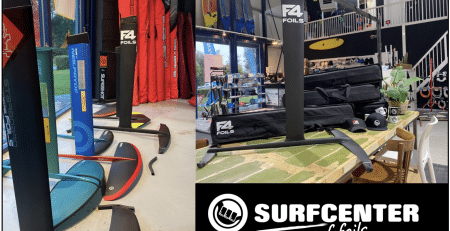 New partnership in the Netherlands!

We are happy to announce a new partnership with Surfcenter NL, which now will be supplying the Dutch crowd with... Read More 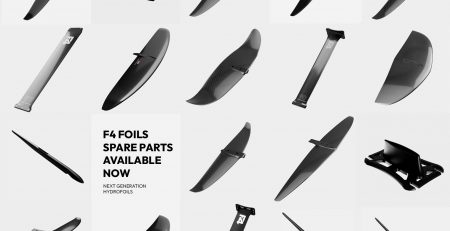 As many of you have been asking for the availability to order SEPARATE PARTS, we are excited to inform you... Read More